With Austin on The Campaign Trail

Austin and his team have been extremely busy both canvassing votes and shattering stereotypes. 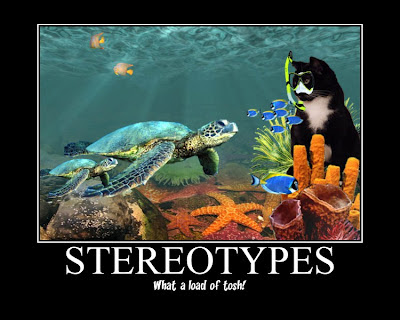 His fame is spreading far and wide and his policies (yes he does have them) are widely applauded by both his supporters and his opponents in this strategically important election.


Campaign manager, Nellie, has been extremely busy getting Austin’s face on every billboard across the known world so that his message of peace, love and tuna is seen by the most people in the shortest time. 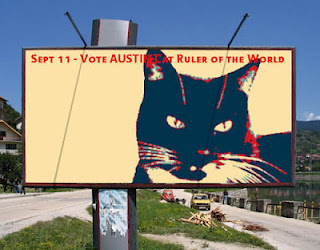 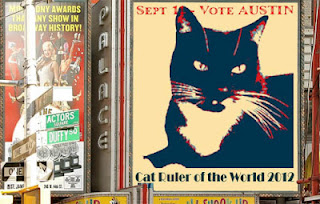 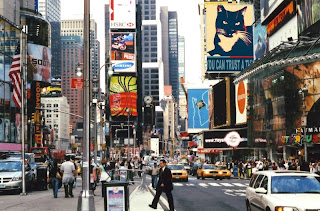 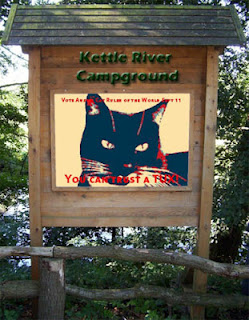 in fact anywhere there is an empty board!

AND
CATLife have made him cover star of the month 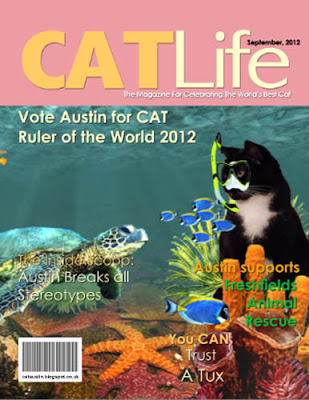 You owe it to yourself, the world and especially
Freshfields Animal Rescue
who will benefit if you
Vote for Austin
because
"You can trust a Tux"
Posted by CATachresis at 20:59