Austin and Nellie Gallivant for a Cause! 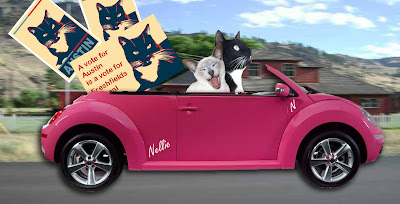 Austin and his campaign manager, Nellie, are very busy going out and about for their cause, Freshfields Animal Rescue, and to that end have been seen in the various echelons of British society.

They have addressed parliament on issues of national importance 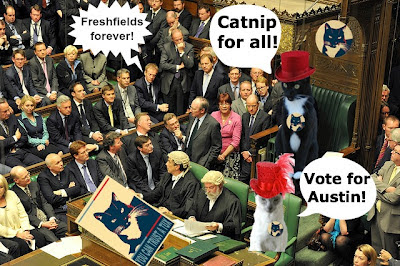 and roughed it with the hoi polloi 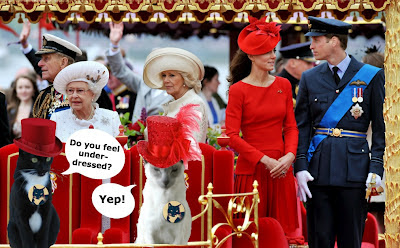 All so they can get the word out to as many people as possible to vote for Austin as Cat Ruler of the World. There are just a couple of days left to vote. 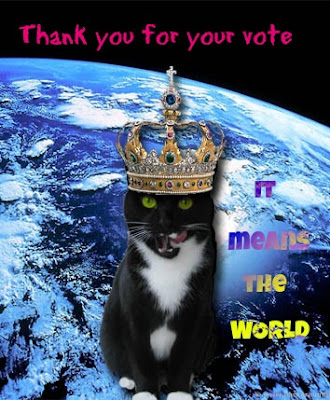 Already as to the manor born!!

Now Nellie is very forward thinking and she has prepared for every eventuality. She has created the purrfect accessory for the new monarch; (ahem! whoever it may be!). Go here to get the lowdown. However, Austin has decreed that all will be thusly adorned should he be elected! No bribery and corruption here then! Go to:

A vote for Austin means a vote for Freshfields Animal Rescue who will benefit hugely if he wins.

Voting ends on Friday at midnight PST.
Posted by CATachresis at 17:22