I can haz haiku! 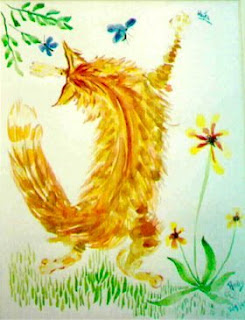 Eyes wide and ears pricked
Whiskers all of a quiver
This was going to be a haiku verse
But I had far too many syllables to deliver.

Struggling with my thoughts
Harnessing the syllables
Not easy, is it?

So trying again
I must count them precisely
Can’t have too many.

Practice makes perfect
When composing haiku verse
What was I saying?

A limerick is so much simpler to write
It contains a rhyme and rhythm and bite
But between me and you
I prefer the Haiku
It’s a rite of write all right. How trite!
Posted by CATachresis at 16:28 No comments: 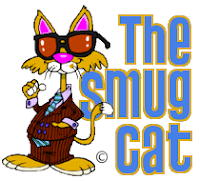 So, moving on ...... I can't really believe it but it's getting on for two years since Austin DaKool came into my life! And as it had been quite a while since my last incarceration with a member of the feline fraternity, I had quite a bit to relearn. Like, for instance:-

..... as proved by the soodoe (sorry can't spell pseudo) lovey-dovey, furry-purry, arched-back, head-on-one-side, huge-eyed oscar winning performance he puts on when he thinks he's not getting enough (all) of my attention. You can see the cogs turning:

"Ok, she likes that stupid thing I do with my head nestling in her hand and that adoring look I do with my gorgeous eyes and I really want some of her salmon salad (hold the salad): so here goes ... ... . "

So I give him a pinhead morsel which he eats with great gusto and relish and much masticating of the jaw (is that tautologous? Don't care really, just wanted to use the word :). Then he proceeds to give himself an all over wash and spruce up so he's ready for the next pinhead morsel .... ? What's that all about? He got OCD or something? And then there's the "everything's your fault" look he gives when it's raining and he doesn't want to use the litter tray and the outside loo is ... well ..... outside! He takes me on the ritual tour of all the doors and windows, just to make sure; and I traipse round after him feeling like Cruella de Vil when it transpires it's precipitating outside all of them.

I've also learnt that cats can hold grudges; well, at least this cat does. Oh yes! It was just the once I forgot that the 5 ton conservatory door is on the tilt and tends to slam shut if not wedged open with the Carmen the Cow doorstop. Unfortunately, Carmen was elsewhere when I opened the door on this one occasion and turned away just for a second! Austin saw me, made for the opening and caught the full effect of the triple glazed iron and steel frame on his little 10lb bod as he was hurled several feet into the brachyglottis greyi - I should add that it wasn't in flower at the time and there were one or two pointy its! I was mortified and envisaged being on the RSPCA blacklist for ... like ... forever :<( 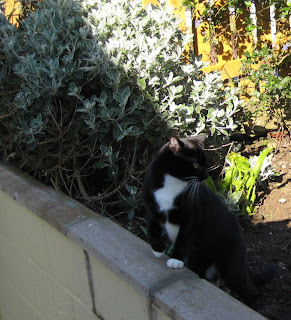 He managed to drag himself out and it was quickly determined that no real damage was done - except of course to his dignity. However, since then whenever he wants to come in and I go anywhere near the door, he's off like a cat out of hell and I have to go and retrieve him moaning and complaining from behind the neighbour's BBQ. It doesn't matter how much I apologise and ingratiate myself, I know I will be paying for that one through all eternity. So, I'm not absolutely sure how long the adjustment period is supposed to be, but I fear we still have a way to go! 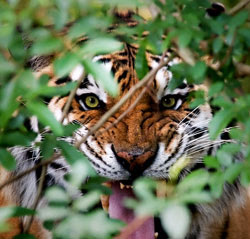 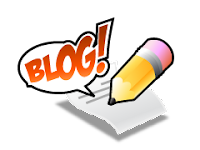 Ok! So I've written about the activity of blogging; now I turn my beady-eyed attention to the protagonists - of which, of course, I am one. I've been writing this blog for over a year now and have quite enjoyed it as an outlet for my literary pretensions. But now I'm thinking this "outlet" is not really an "outlet" at all, but more of a "cul de sac" kind of activity.

Now I'm as self-obsessed as the next egomaniac blogasist, but it has become apparent that, whereas I can pretend to be a giving and generous blogger, many others are quite brazenly only interested in having their own blogs read, and never (heaven forfend!) allowing themselves to even accidentally read anything anyone else has submitted!

Since joining a couple of blog lists I've been inundated by about five people wanting to become my "friend". I was ecstatic and suffused with warm fuzzies at the thought of being included in someone elses intimate circle of virtual blogging buddies! Does this mean that someone, other than my two loyal family members, a few benign and kindly lurkerbuddies (you know who you are :>) and the cat, has actually read and smiled at my ramblings? ... Yeah right; I should coco!

Apart from the ones written by the clever cats themselves, it appears these "friends" all have agendas (and blogs) that are overtly selling something; from arty farty crafty artefacts to the boost-your-self-esteem, find-your-inner-goddess, chakra-stroking kundalini-unleashing mind-numbingly boring new age claptrap. I don't want it thanks. When, in the spirit of catcomradery, I sought out a few blogs of ostensibly like-minded catfolk and left apposite comments, do they bother to pop over to check out who I am? Not on your nelly - or maybe just the once, to see if I'm likely to be a serious contender in the world of wannabe literary icons.

Thing is we bloggers haven't really got time to read anybody else's meaningless drivel, as we are all too busy writing our own meaningless drivel. Is it just another brick in the wall of post-modern, post-ironic, self-involved individualism? If true, eventually this wall will be much too high to surmount: and anyway who's going to take the time to look up high enough to notice this monumental metaphor? We're all too busy scrabbling around in our own small corner of overcrowded planet Blog. A bit of a conundrum for us 21st century cybersaddos eh! 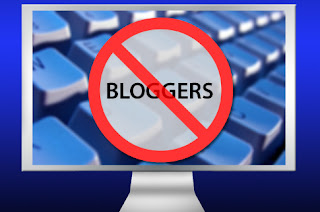 Oh! It's just occurred to me; It's probably because I'm not selling or saying anything of interest to these UberBlogasists. Maybe I should have a serious rethink and get Austin to actually do the blogging himself along with the likes of Fluffy, Furball, Fui and Eric. At the very least he would be part of the gang :P

* Revised title courtesy of my little brother, who's much funnier than I am :P 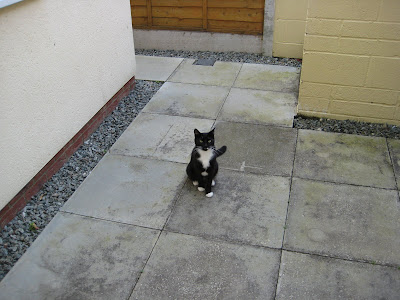 "Please come out and play" 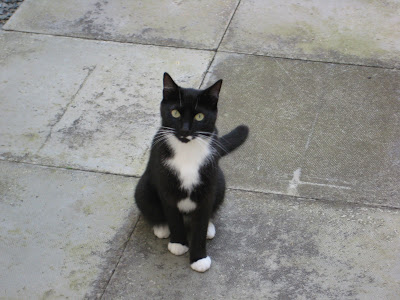