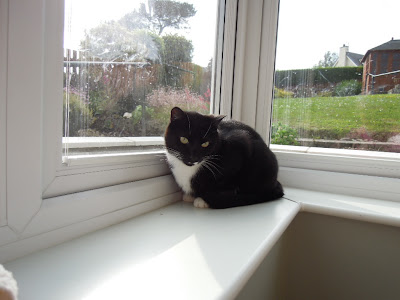 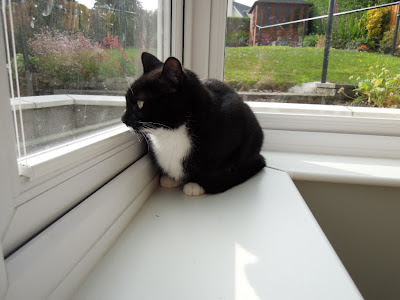 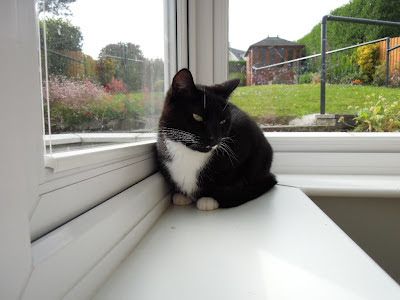 so please leave me alone 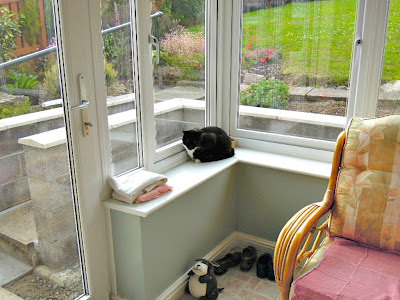 to ponder the meaning of life ….. 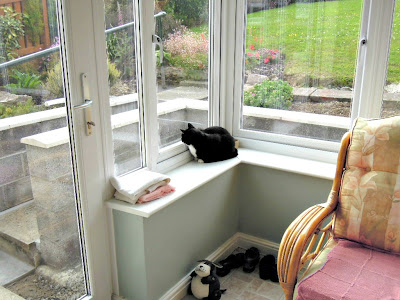 Austin’s existential angst is the direct result of the application of the bi-monthly deflea gunk. This regular anointing has confirmed his belief in the concept of "eternal recurrence" within the broader purview of logical empiricism. To Austin gunking brings out his logical skepticism.

He can’t make the connection between wet sticky stuff on the neck and his flealess fur. An Überkatze he is not, though at one time I seriously considered changing his name to Zarathustra, which I think is an ace name for a cat!

Well enough of the Nietzschean nihilism. Austin doesn’t know what’s good for him. Sometimes we humans understand a little bit more about the interconnectedness between two seeming random events. Jung had something to say about that didn’t he? Synchronicity - temporally coincident occurrences of acausal events within a larger framework! Well in the larger framework of Austin’s furs, we want an absence of fleas! Talking of larger frameworks:-

Did you see the wall? 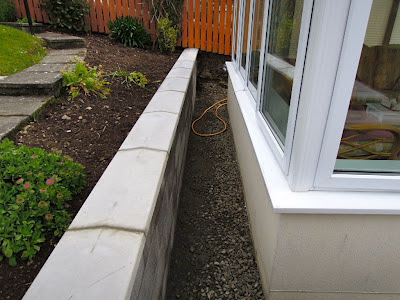 It’s up! No arrow needed as the gap between sill and wall is less than the length of a cat :) Result!
Posted by CATachresis at 17:05