Two mornings in a row now, Austin has deposited one of these on the courtyard outside my bedroom window. 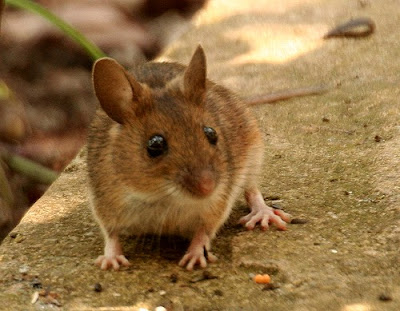 Needless to say, this was not the condition in which they arrived :(  He was so pleased with himself. He jumped up to the window ledge and woke me up with one of his yowly meows to announce what he'd done. 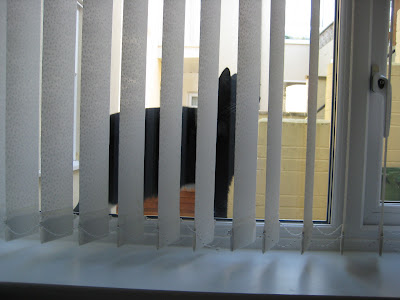 "Look, I brought you breakfast!"  Errr? Thanks!


Now to spare those who are of a more delicate disposition and also out of respect for the deceased, I have not photographed the remains. For this I expect you are grateful.


As a result and also because it's about that time again (but mostly out of sheer spite), Austin received a dose of this on the back of his neck ....... ... 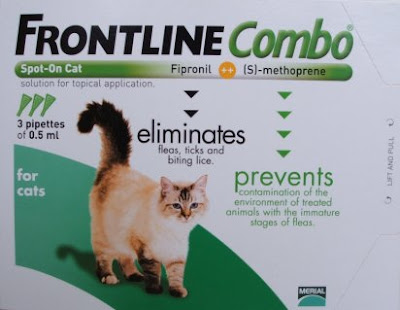 ...... while he was taking his postprandial nap.

He was not happy. 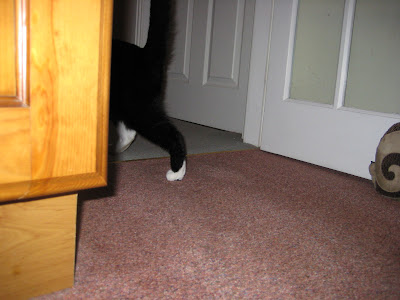 He morphed into the Incredible Sulk

and it was the last we saw of him for the rest of the day!!

P.S. I believe he was making the point, after I caught him red pawed the other day, that he would jolly well go over the road to the field whether I liked it or not!
Posted by CATachresis at 21:40