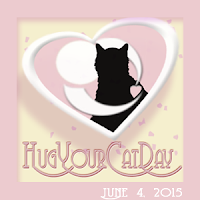 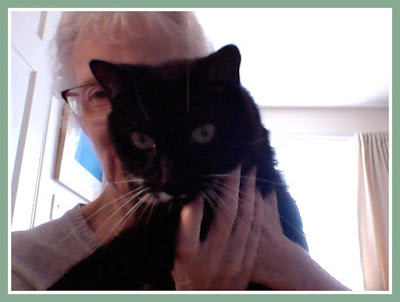 Apologies for terrible picture but I had my paw on the webcam button and I had to pick the moment when we were both in shot. It lasted about half a picosecond, so there was no time to pretty up and smile and icky stuff like that!! 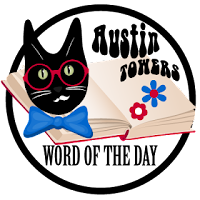 hug - to squeeze someone tight. It doesn't have to be mutual, but then it would be awkward, especially if it goes on longer than the socially acceptable time interval of 3.4 seconds.