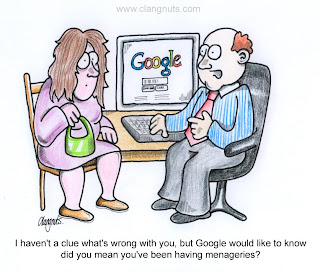 By way of a digression:

A couple of weeks ago I suffered a slight injury to my body in Waitrose when I bent over to pick up a coin for someone who was accidentally chucking their money around. Silly me. I was wearing one of those wax jackets which has a sturdy zip. I was zipped up. I bent, the zip didn’t and something cracked in my chest. I thought it was my …. errrr ….. undergirding being a bit unforgiving, so even though it hurt I thought nothing more of it.

About ten days later I was getting a bit fed up with the clicking and cracking in my ribs, so went to the doctor. “Hmmmm?” he said. “Ahhhh?” I said. He had a bit of poke and apparently I said ‘ouch' in a certain way so that after he consulted Google he was able to make his diagnosis. (This is true).

There followed a lengthy description, complete with diagrams from wiki, of what a costochondral was and its function within the human anatomy. I was grateful to him for the google based explanation. “How long before it gets better?” I asked.

“Well” he said, “As you get older you are not so elastic and things don’t bend so easily. It could take a while and it might pop again.”

“Yes, we used to strap people up with those sticky bandages but we don’t any more. Ideally if you could stop breathing for a couple of weeks, that would really help!”

“No, well, don’t breathe too deeply or make any sudden movements.”

“Don’t worry, it happens to a lot of people; in fact I have the same problem here (points vaguely to his left shoulder). I fall down a lot for .. . errrr … technical reasons and I have one that keeps popping. I just give it a tug and it goes back. Do you need any pain killers?”

I left with some unanswered questions - “fall down …. technical reasons?” But have decided that in life there are some things it is better we don’t know! 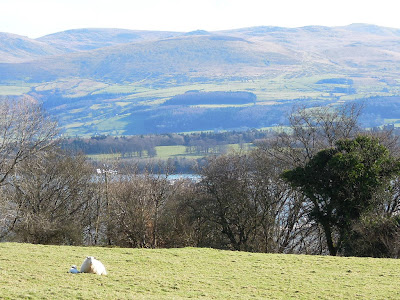 It was lovely day today so I popped out for a walk
Posted by CATachresis at 21:14