I live in the place where it never snows.... until now that is. 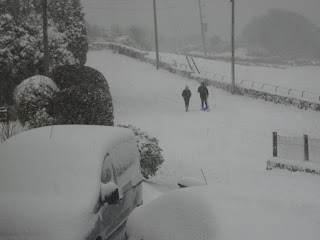 This, as far as I know, is Austin's first experience of the white powdery stuff.  Being a little bit worried that he might be caught in an avalanche of snow falling off the roof, he's had to cross his legs and wait until I found my wellies in the back of the garage so I could accompany him out into our own virtual 3D Christmas card.

Having discovered and de-spidered the ancient green wellies, today was the day when we decided to venture forth. He was absolutely adamant that I should go first - being much more brave and having slightly longer legs! This is the result:

Up until today this was all he would do, safe, warm and ever so slightly superior! 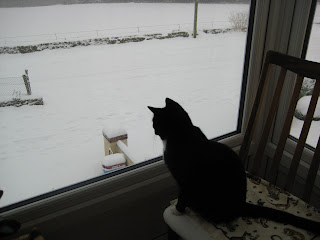 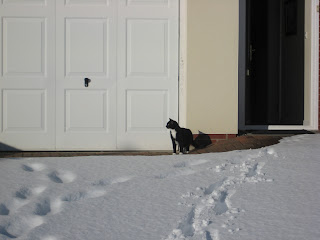 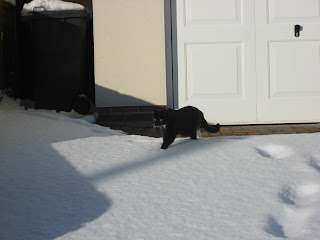 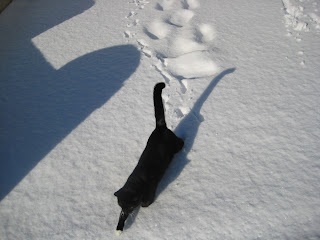 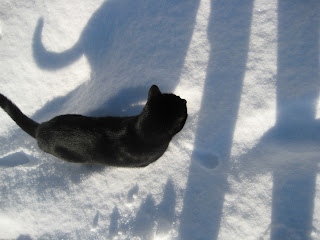 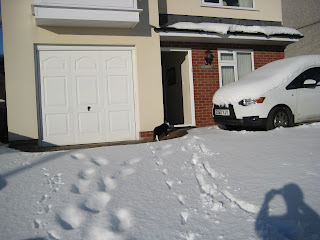 What's that spectre in the bottom right corner? lol

Funnily enough he's so overcome by his bravery he's been tearing round the house ever since like one of those over-excited footballers when they score a goal.  Difficult to get a photo of that, but did manage to catch him when he stopped to say hello to an old friend :)

Oh, and I'm still not sure whether he managed to relieve himself. However, he spent a good couple of minutes underneath the car.

Have to go, as he wants outside again and I have to be there to hold his paw. Such a wuss-puss!
Posted by CATachresis at 13:51