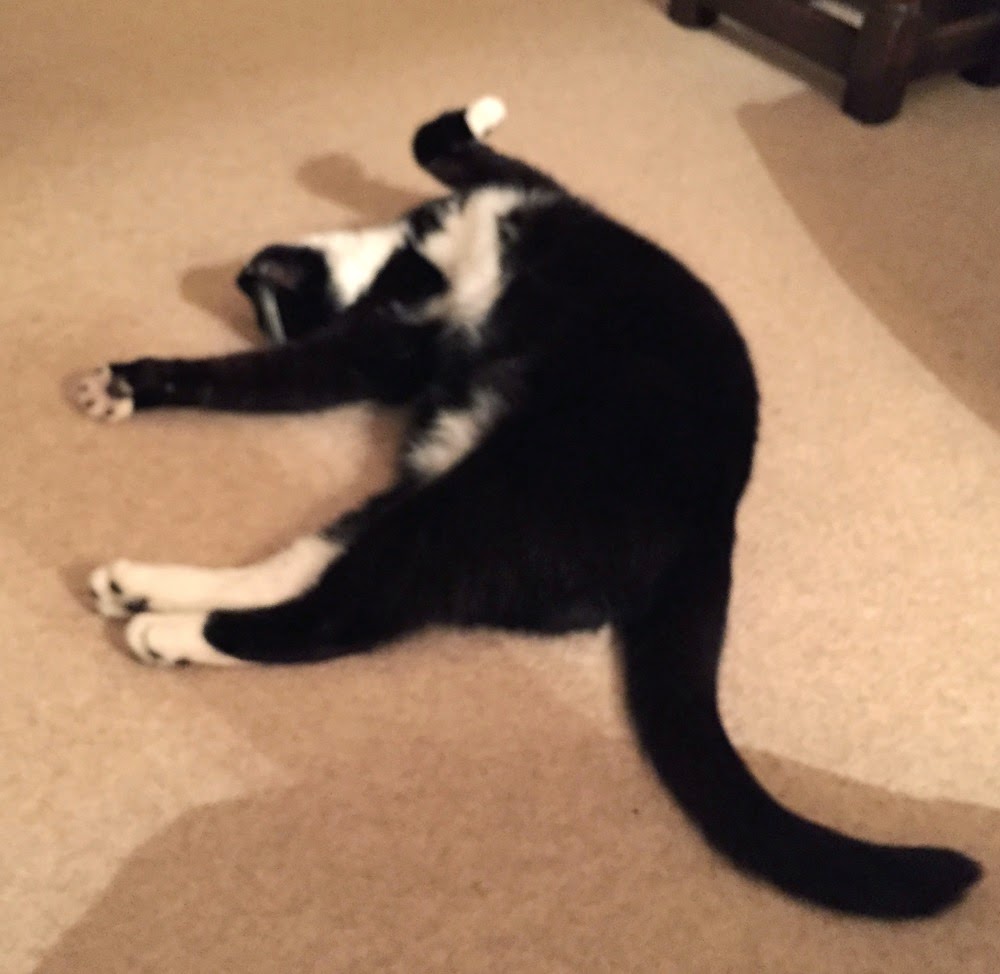 The Staff here. Well, you know cats! They don't do posing. He was like this for about half a nano-second, just enough time for me to grab my phone and take a quick shot. Actually, if I were to be honest, that one above was not the first shot! The first shot was ..... 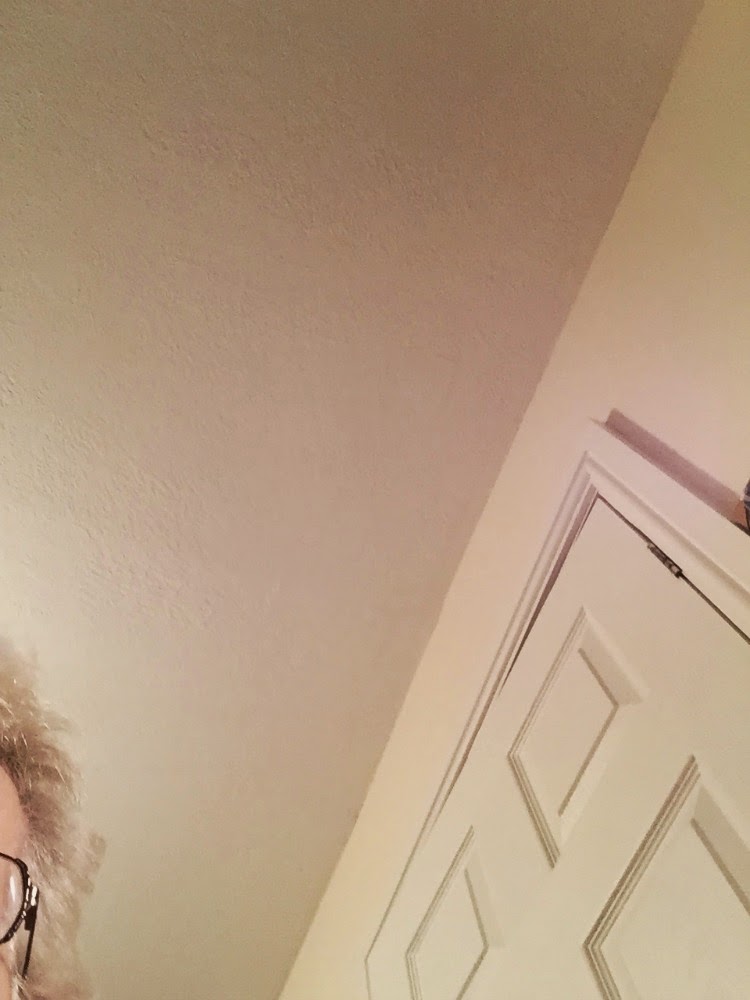 So, by the time I had got myself organised, Austin, thinking he looked a right prat, was starting to twitch and I was shaking with rage and laughter. That combination does not a David Bailey make!

In other news. Austin went to the vet yesterday! Need I say more?

It was just routine - flea shot, weigh-in, mouth check and mani/pedi. You'd think the BBC had just announced Armageddon! By the time we arrived, the anthem of his people had gained several more verses and a five part harmony. I'm thinking of entering him for Britain's Got Talent.

Anyway, the vet was pleased :) He said the mouth was doing exceedingly well after the second cryo-surgery, (he has feline stomatitis) there are no lesions and no teeth are in imminent danger! He weighs 5.35 kgs (purrfect). It took just one attempt to administer the shot, but several to achieve a full mani/pedi. There WERE scuffles and the words "clip art" have taken on a whole new meaning! AND at one point the vet assistant and I were grasping each other instead of Austin, who was half way to the door with full bottle brush tail and bristling whiskers! But all's well that end's well and we made it home in time for some treats and a lie down. What Austin did, I have no idea! :)

You remember I won a lovely print from Maria (Katzy) Strom! 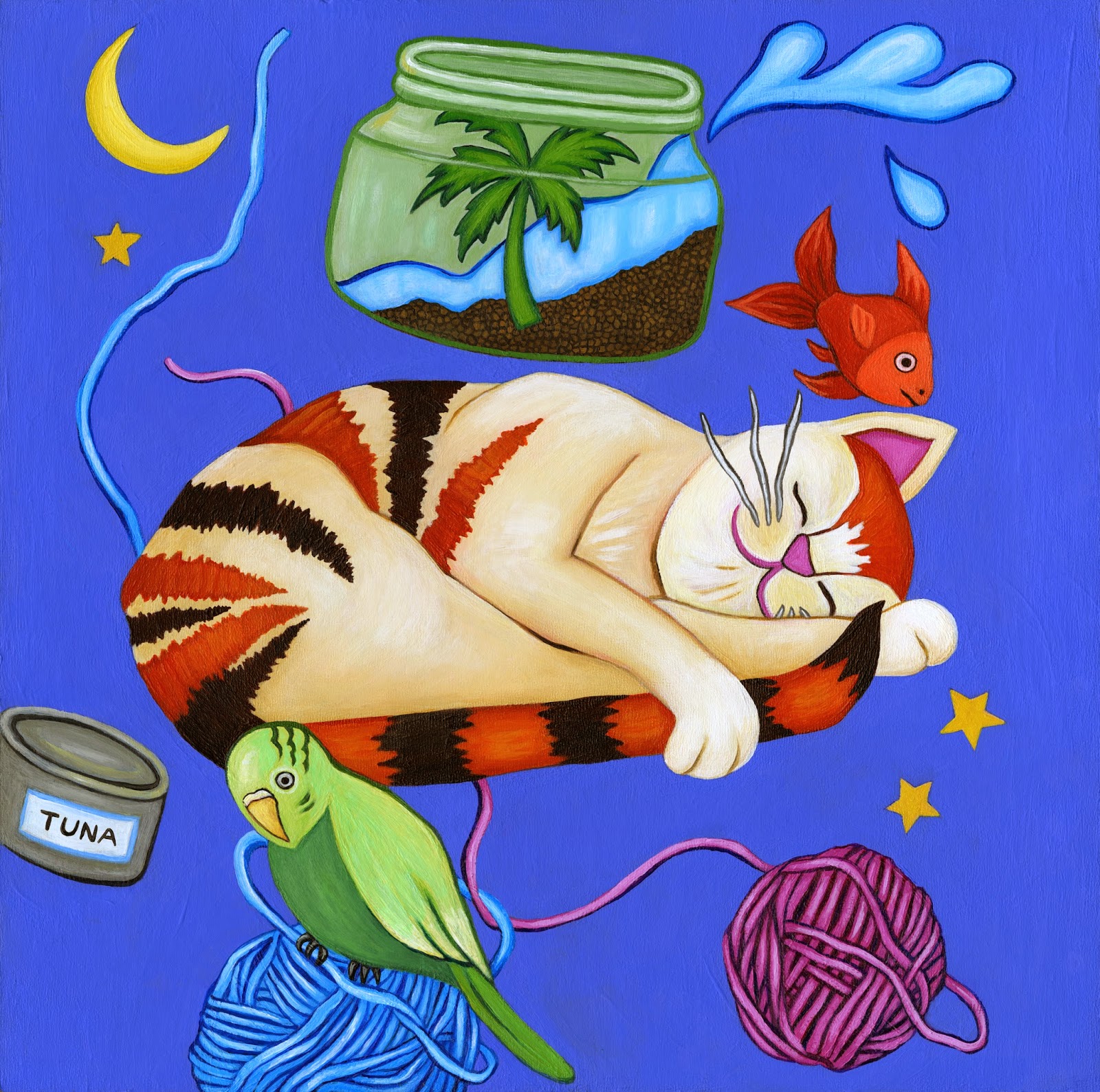 Well she is very generously offering 20% discount at her Etsy shop for readers of CATachresis right through until December 25th. All you have to do is use the coupon code CATMAS20 at the checkout. Remember, Ch******s is coming :) 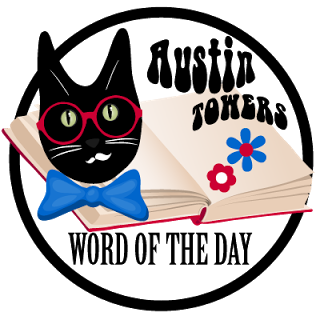 proposer - someone who poses for money