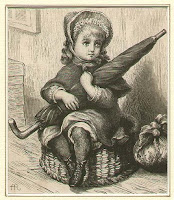 The first "knot in my thread" I suppose was when I was 8 years old and was sent to Switzerland for 6 weeks with my great aunt (who'd been a missionary in China!) and about 80 other kids, all of whom came from backgrounds less comfortable than mine and who, it was felt, would benefit from quality time away from their home environments. The reason I went was because I'd been sick with bronchitis for about forever and it was felt the air in the Jura mountains would do me good!
There are some things that stick in my mind. On the two day train journey across France Ian Riley was sick every hour on the hour and everyone else seem so much older and bigger than me. When we arrived we were allocated to a room with two or three others and I learned what being homesick really meant. What else do I remember? We had to "do" school, the chocolate was the best and the girl in the next bed had nits. Oh, and the cows had bells round their necks, we were three to a bath and I caught german measles. I think that was about it. When I returned home apparently my hair fell out and I became troubled at school.
Yep that was a big knot in the thread!
Posted by CATachresis at 16:52